Engineering skills gap is holding the UK back 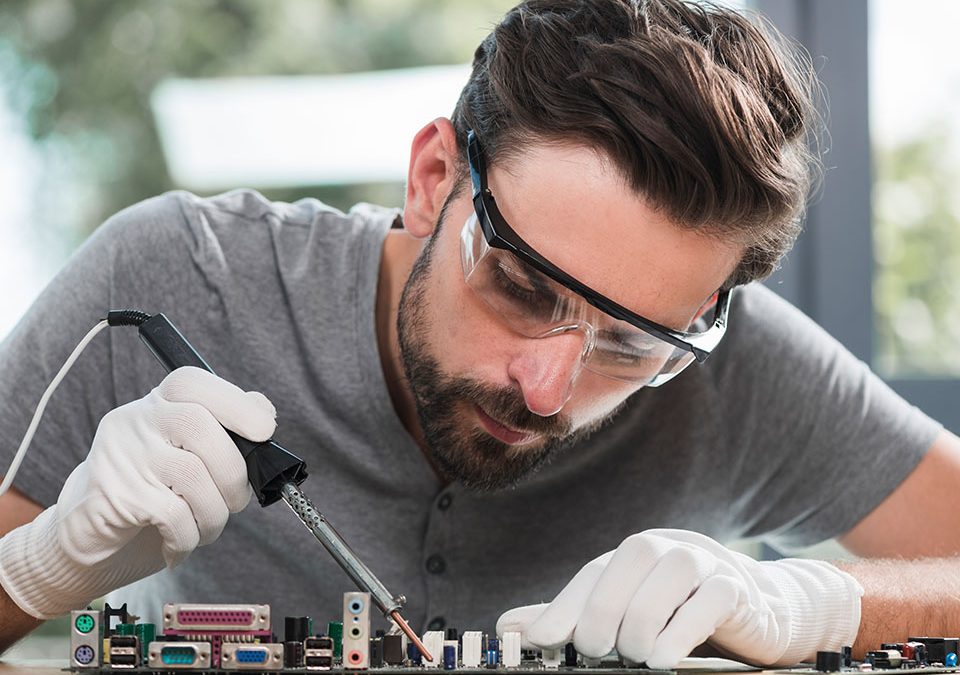 Our founder Mark Henderson started his career as an electronic engineering over 30 years ago. It was his expertise that lead him to form Henderson Biomedical, or Henderson Associates as it was known back then. Today, our company employs a team of in-house and field-based engineers who service, repair and calibrate laboratory equipment in any location across Great Britain.

Our engineers have been carefully selected to work with us. However, the pool the suitable candidates is often not that big. The truth is that there is a major skills gap in Great Britain of engineers and businesses at all levels are suffering.

The technical skills gap in Great Britain is not something new. Back in November 2016, James Dyson pledged £15m over 5 years to launch a new university. Indeed, James Dyson has often been very vocal about the lack of technical skills in this country when compared to the likes Japan, China and other countries around the world.

Over the last five to ten years, there has been a steady push by UK government to encourage more children at school to take up STEM subjects (Science, Technology, Engineering and Mathematics). Slowly but surely, things are changing. There are certainly more young people pursuing a career in engineering now, than when I was at school over 20 years ago.

Nevertheless, some critics say that there is still a major shortage in technical people in this country and that it is costing the UK economy up to £1.5bn a year.

Great Britain as the engineering centre of the world

Great Britain is the country that gave birth to Isambard Kingdom Brunel- arguably the greatest engineer of all time. His commitment to a string of engineering projects combined with his talent made Britain the envy of the world in terms of engineering and manufacturing. Indeed, Britain dominated the world of manufacturing in the 19th century. We were widely referred to as: ‘the workshop of the world’. It’s a shame that such little remains of this legacy today.

Today, people often regard Germany as the benchmark of engineering and quality products. A couple of years ago, I was looking to purchase a new car. A close friend of mine said: ‘buy something German. They are the best for quality and reliability’. In fact, Germans have such a reputation for good engineering that even shampoo companies are using it in their marketing!

People, including my close friend, forget that we have a thriving car manufacturing sector right here on our doorstep. Although many of our British car makers are often owned by foreign companies, many foreign car marques choose to manufacture here in Great Britain. Honda, Toyota, Mini and Nissan all have major factories and R&D centres right here in the UK.

The problem is that us British often see an engineer as being one step up from a car mechanic. Nothing could be further from the truth. Engineers are problem solvers. They are practical people who consider the limitations and then design, builds and maintains a product. There are many different strands of engineering from the more general mechanical or electronic engineers to much more industry specific ones like avionics engineers. A career in engineering is exciting and varied, not monotonous and repetitive.

Another problem is that us Brits are a very modest bunch. When our sports people win, we offer a reserved round of applause with the odd cheer. Say for example when an American sports person wins, we can hear chants of ‘U-S-A! U-S-A!’ reverberating throughout the stadium. We should celebrate our engineering achievements and be proud of the ‘Made in GB’ mark.

Indeed, as already mentioned, we do already have a significant manufacturing base here in the UK. Some of the greatest new technology is conceived here in Britain. It’s just a shame that we don’t shout more about it.

Henderson Biomedical is always looking for bright and talented technical people to work with us. Even if we do not have a position currently available, we always welcome unsolicited CVs that we can keep on file at your request. If you are considering working for us, please send you CV along with a covering letter to alex@henderson-biomedical.co.uk. Alternatively, you can use the contact form via our website to ask a question.